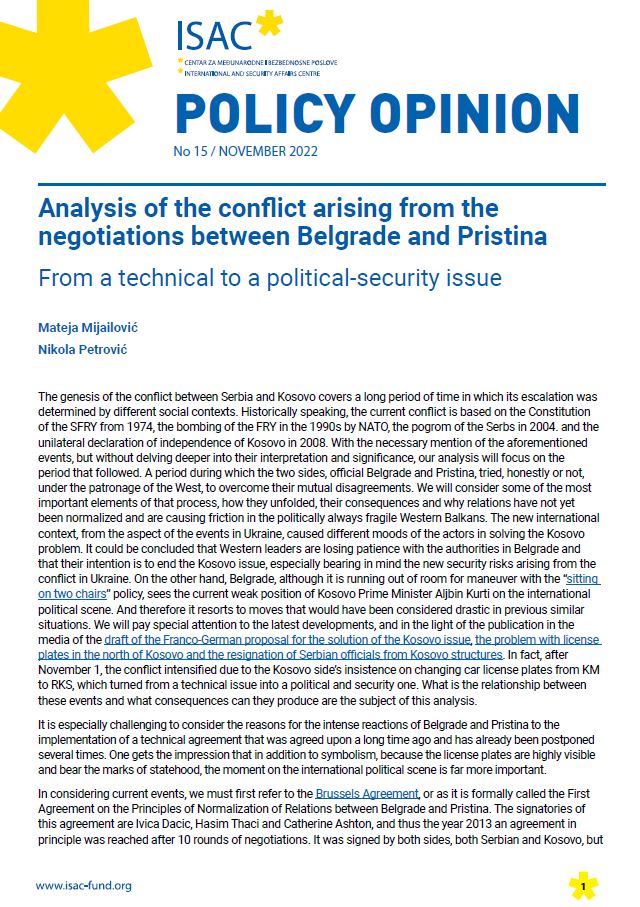 The genesis of the conflict between Serbia and Kosovo covers a long period of time in which its escalation was determined by different social contexts. Historically speaking, the current conflict is based on the Constitution of the SFRY from 1974, the NATO bombing of the FRY in the 1990s, the pogrom of the Serbs in 2004. and the unilateral declaration of independence of Kosovo in 2008. With the necessary mention of these events, but without delving deeper into their interpretation and significance, this analysis focuses on the period that followed. A period during which the two sides, official Belgrade and Pristina, tried, honestly or not, under the patronage of the West, to overcome their mutual disagreements. This paper considers some of the most important elements of that process, how they unfolded, their consequences and why relations have not yet been normalized and are causing friction in the politically always fragile Western Balkans.

ISAC_Analysis of the conflict arising from the negotiations between Belgrade and Pristina (pdf) 107.28 KB