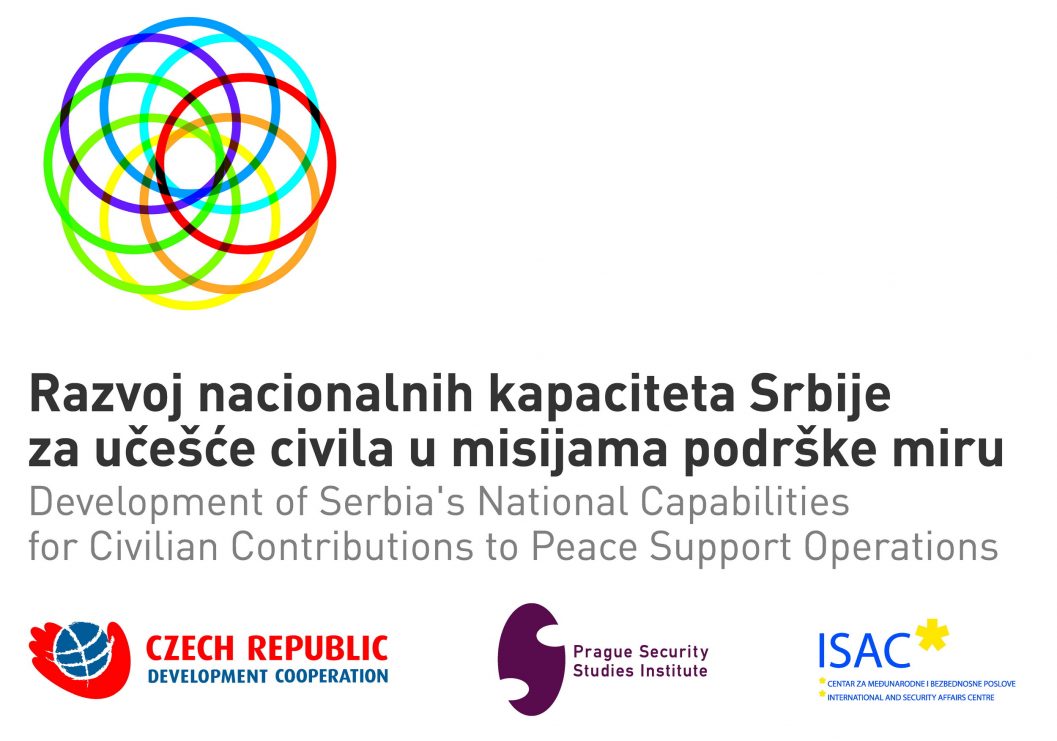 ISAC is pleased to announce its upcoming international conference titled “Serbia’s Future Involvement in EU Civilian Missions”. The conference will last for two days, from 14th to 15th December, and it will take place in Hotel IN in Belgrade. The main goal of this conference is to introduce the concept of civilians in peace support operations to the public including civilian experts that could be deployed in missions once Serbia establishes itsown system, and to communicate the importance and benefits of creating such a system. A detailed analysis of what has been done so far, and what still needs to be done, will also be presented.

This conference will also mark the milestone of the year and a half long program “Development of Serbia’s National Capabilities for Civilian Contributions to Peace Support Operations” which is in the process of helping to create a framework, as well as to set up the foundations, for the future system of sending Serbia’s civilian experts in peace support operations.

This program is conducted with the kind support of the Czech Development Agency and is jointly implemented by the Serbian Ministry of Foreign Affairs, Ministry of Defence and Ministry of European Integration, in cooperation with ISAC and the Prague Security Studies Institute (PSSI). The successful completion of this program is significant for Serbia, as the participation in the EU civilian missions is one of the obligations stemming from Chapter 31, thus representing an important aspect of the Common Foreign, Security and Defense Policy.