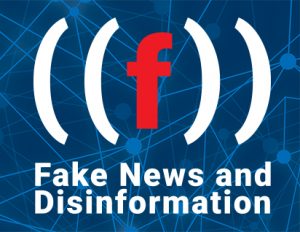 As part of the program Regional Initiative to Combat Disinformation, we present you a new monthly analysis of fake news and disinformation narratives.

Since the beginning of the war in Ukraine, part of the media in the Serbian language has started to transmit statements and texts of Russian military and political analysts, with right-wing portals leading the way. During June 2022, several texts appeared with quotes from persons who were identified in a large number of sources as close to the Kremlin and participants in the propaganda of the Russian authorities.

The editorial policy that relies on these commentators, therefore, certainly contributes to the spread of pro-Russian and anti-Western narratives, especially when it comes to the war in Ukraine. The comments analysed in this text mainly tended to emphasize the supremacy of the Russian army over the Ukrainian one, as well as Russia’s fight against the West on the Ukrainian battlefield. An author’s text on close Serbian-Russian relations, which should continue, was also published.

On the other hand, the same media did not feature commentators and analysts from Ukraine or those from Russia who are critical of Vladimir Putin’s regime. It is not a surprising conclusion that there is no attempt to provide various points of view on the war in Ukraine.

One of the commentators who was broadcast several times at the beginning of June 2022 (on the portals webtribune.rs, srbin.info and vaseljenska.net) was Viktor Baranec, presented as military analysts of Komsomolska Pravda newspaper. His statement was reported by the Webtribune portal under the title “BREAKING: Russian military analyst announced which country will soon be annexed by Russia.” It was actually the prediction that the Russian army would continue to advance towards Transnistria, a self-proclaimed republic on the internationally recognized territory of Moldova.

In addition, Baranec predicted that the third phase of the “special military operation” in Ukraine will begin in about a month and a half, when the entire Ukrainian army will be eliminated from Donbass, and the Russian army will continue to “tackle” more seriously with Odesa and Mykolaiv.

In the official biography of Viktor Baranec, on the website of Komsomolska Pravda, it is stated that, as a graduate journalist and former army officer, he was the spokesman of the Minister of Defence of the Russian Federation until 1997, when he was fired for publishing information about the daily life of the Russian army.

A more interesting detail in his biography is that in December 2011, during the annual television show “Direct line with Vladimir Putin”, Baranec asked several critical questions about the state of the Russian army, primarily related to the socio-economic position of soldiers. Putin, then prime minister, praised him for his “courage and honesty”.

Just a few months later, Baranec supported Putin in the 2012 presidential elections and actively participated in his campaign through texts and appearances on television, according to an article published, in a positive tone, by Komsomolska Pravda. The text states that Putin personally thanked Baranec for his help in the finish of the campaign.

In addition, Baranec appears on the Putin’s List website (www.spisok-putina.org), a project launched by the Free Russian Forum, founded in 2016 by Russian dissidents and critics of the regime, founders includes chess player Garry Kasparov and opposition politician Ilya Ponomarev. The website Putin’s List collects profiles of over a thousand associates of the Russian regime in one place and encourages sanctioning them.

Viktor Baranec’s profile on Putin’s List lists support for Russian military aggression in Ukraine as the main “accusation” against him. “Viktor Baranec was included in the report of 1,500 warmongers compiled by the Free Russian Forum. The report contains the names of Russian public figures, military commanders, parliamentarians, propagandists, artists and athletes who publicly supported Russia’s aggression or actively participate in it. The Free Russian Forum demands European Union sanctions against them”.

Another person from the website Putin’s List who is often quoted in the Serbian media is Yakov (Kazakov) Kedmi, whose statement that both the USA and NATO are at war against Russia in Ukraine was published on 2nd Jun 2022 by portal Fakti.org. Kedmi is incorrectly presented in the text as the former head of the Israeli intelligence service Nativ – this organization, which today is part of the office of the prime minister of Israel, never had the status of an intelligence service. Therefore, Kedmi’s status as a “former intelligence officer”, as it is often presented in the media, is incorrect.

“Ukrainians shoot and fight, but their weapons are directed by the United States and NATO. And for warfare at the tactical level, reconnaissance and “target marking” are crucial. In the Ukrainian war against Russia, the Americans are testing their systems and studying how Russia reacts to it. All in all, the US-NATO war against Russia is already underway,” this text states. Kedmi’s statements are also available at the tabloid portals Alo and Informer as well as on Youtube.

The website Putin’s List states that in the 2010s Kedmi became a regular participant in propaganda programs on Russian television. “He plays the role of a ‘useful Israeli’ and uses his status as the former head of “Israel’s secret service.”” His statements completely coincide with the most controversial claims of Russian officials and propagandists.

“Yakov Kedmi regularly criticizes Ukraine, accuses the Ukrainian leadership of Nazism, and Ukrainian society of anti-Semitism, using terms such as ‘Maidan bastards,'” the website states, in a profile written before the start of aggression against Ukraine in February 2022.

Another commentator appearing in the Serbian media is Vasiliy Prozorov (Прозоров Василий Николаевич), a former member of the Ukrainian state security. On June 20, the Sputnik portal announced that this commentator, “exclusively” for them, described details about the secret prison at the Mariupol airport, where, as stated in the text, in 2014 and 2015, Ukrainian forces held and tortured members of the Donetsk People’s Republic and it’s militia.

It turns out that this story is not so new. On the website EUvsDisinfo, which was launched by the working group for strategic communication (StratCom) of the European External Action Service (EEAS), there is a text about Prozorov from March 2019. In it, he is labelled as a promoter of conspiracy theories about Ukraine, from which he, allegedly, fled to Russia.

“He (Prozorov) promoted a lot of the Kremlin’s favourite anti-Ukrainian narratives: that Ukraine was, of course, responsible for the downing of flight MH17 (in 2014); that Kiev was never interested in a peaceful solution to the war in Donbass; that fascism is spreading wildly among the ranks of the Ukrainian army and police; and that the upcoming presidential elections will be rigged”, the text published three years ago states.

However, it is also added that Prozorov had his own original narratives.

“As it turns out, Ukrainian secret police have apparently set up a secret torture prison in Mariupol called ‘The Library’ where inmates are dehumanized and referred to as ‘Books.’ Hundreds of people were tortured here, and at least two were killed. As “evidence” for these claims, Prozorov even brought props: a handful of unclear and completely unverified documents and photographs that allegedly show the facility and injured prisoners,” the text reads.

Apparently, this story was later recycled in Serbian media.

Political scientist Volodymyr Kornilov is another commentator who was broadcasted in the Serbian media during June. On June 8th, the portal Srbin.info reported his assessment that “if Ukraine does not stop now and doesn’t start new negotiations… there is nothing left for us then to keep going – until we reach Transnistria, until we reach Dnieper.”

Then he added: “Now, of course, a lot depends on the positions of those sponsors of Ukraine which, in fact, lead the current Kiev regime. If they don’t stop now, we will have to keep pushing forward. I hope we will not have to get all the way to the Stonehenge, after all.”

There is also an extensive profile on Kornilov on the website Putin’s list, where it is stated that he is the former director of the Ukrainian branch of the Institute for CIS countries (members of the Commonwealth of Independent States, or in Russian: Sodruzhestvo Nezavisimykh Gosudarstv), a regular participant in Russian propaganda shows and a regular commentator on the portals Ukraina.ru and Politnavigator. The portal Ukraina.ru was the source of the quote that was published in Serbian media.

In 2011, Vladimir Putin thanked Kornilov for his contribution to Russian-Ukrainian friendship. Two years later, Koronilov moved permanently from Kyiv to Moscow, where he became the director of the Center for Eurasian Studies, and in 2015 he published the book “How Elections Are Won in the USA, Great Britain and the European Union: An Analysis of Political Technologies”, for which received a state award.

It is this last focus that is connected to an episode from Kornilov’s work which was also reported in the European media. In 2020, EUobserver published an article about his participation in the 2016 Dutch referendum on the EU-Ukraine Association Agreement. At the time, according to this article, Kornilov had contacts with far-right parties advocating the rejection of the deal, which described him as “a Russian working for Putin” and “a very influential figure.”

The latest person which appeared as a Russian commentator in the Serbian media in June was TV and radio host Anna Shafran, whose text on Russian-Serbian relations was translated and published by Vaseljenska.net on June 22. Among other things, she stated in the text that Serbia did not fully support the Russian “special operation” due to the Kosovo precedent.

“But Russia is neither the USA nor the European Union. We do not ask for the total support of our allies and partners for everything we do in domestic and foreign policy. And by the way, the Soviet Union didn’t demand that either, and many Eastern European politicians of the older generation now admit that the pressure of the European Union is much harsher and more uncompromising than the instructions they received from Moscow during the Warsaw Pact years,” wrote Shafran.

In the continuation of the text, she praised Serbian Minister of the Interior, Aleksandar Vulin, who discarded the message of the President of the European Commission, Ursula von der Leyen, that Serbia should comply with the sanctions against Russia.

“As long as the Serbs recall that there are 200 million of them together with the Russians, they are not afraid of any of the craziest demands of the Europeans,” Shafran concludes her text.

If you take a look at the website Putin’s List, you will see that since 2010, Shafran has been employed at the state owned radio station News FM, where she hosts a program together with the well-known propagandist of the Russian authorities, Vladimir Solovyov, and regularly participates in his talk show on the Russia-1 channel.

Therefore all the above mentioned commentators have ties and are linked to the Russian regime, so their credibility as analysts is, at least, questionable. Given that their statements often appear in Serbian media, especially right-wing portals and tabloids, there is no doubt that they contribute to anti-Western narratives in Serbia.